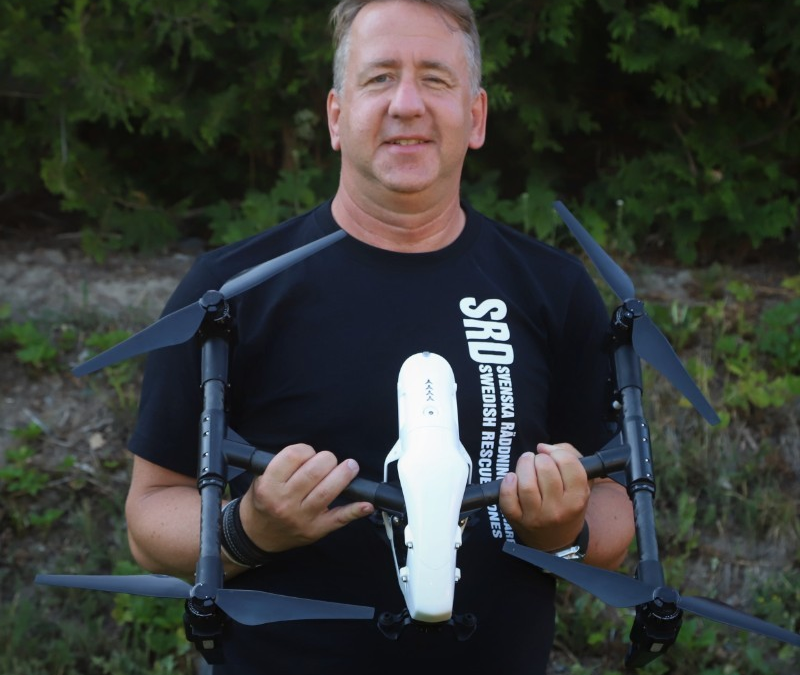 We are thrilled to have Hans Hedin join the Comintelli team as a Senior Intelligence Consultant. Hans Hedin is a recognized expert in the field of international market and competitive intelligence. We sat down with him for an interview to learn more about his background and future.

Tell us about your career thus far.

After my time teaching, I began working as a consultant for international companies advising them on how to set up and develop intelligence programs. As Vice President of Business Development, I was part of developing the Global Intelligence Alliance´s business and helped build one office in Helsinki to twelve offices around the world in places like New York, Toronto, Shanghai, Hong Kong, Amsterdam, London, Essen and Sao Paulo. At the same time, I was also developing the “World Class Intelligence Roadmap” concept that has been used by thousands of companies to better understand their intelligence capabilities.

In addition, I have written two-course books on intelligence and a large number of intelligence white papers and articles as well as been a chapter coordinator for SCIP Scandinavia. In 2019, I was the first Scandinavian admitted as a fellow by the Council for Competitive Intelligence Fellows for a long and meritorious service to the field of market and competitive intelligence.

In 2020, I worked on the selection committee for new fellows. It was a fascinating project selecting that year’s fellows from all the people that have contributed to intelligence over time. My mission for the council is now to broaden the horizon, identify possible fellows outside the US and make the council more international.

What have you been doing outside of CI for the past years?

I focused on a different field of intelligence namely, aerial intelligence for public safety. Along with a few other professionals, I have developed Swedish Rescue Drones which is a non-profit association conducting search and rescue missions related to missing persons and missing animals.

We fly and film the landscape where people have gone missing and conduct imagery analysis to identify the missing person. We are now testing artificial intelligence to improve the imagery analysis as an addition to the manual/visual analysis that we do. In 2020, we reached the final in the AUVSI Excellence Awards competition as one of the top-6 organisations in the world using drones for public safety. We are very happy about that!

Currently, we have over 1.400 pilots in Sweden and a drone fleet of over 1.600 machines making us one of the largest search and rescue organisations in the world using unmanned aerial systems (UAS).

What is included in your current role at Comintelli?

What were you most excited about when coming to work at Comintelli?

To have the opportunity to meet some old friends in the industry again. Firstly Jesper and Christian with whom I have worked before, but also all the team and clients that are involved internationally.

I will also participate in the development of SCIP Nordic. SCIP is the international industry association for intelligence professionals. This will be an important challenge to manage CI during Covid-19 and in a post-Covid-19 world.  We have a first webinar on that topic on april x.

What do you believe is the biggest challenge in CI at the moment?

One of the challenges is that it has been the same as it has been for some time now. Top-management needs interaction in order to develop strategic action based on societal, marketplace and competitive changes. Here the analysts must become more sophisticated and rise from the level of data-crunchers to become trusted advisors to management, by identifying new business opportunities while defending the old.

With the Covid-19 pandemic in mind, I see opportunities for more future-oriented CI, where scenario analysis and early warning systems are better embedded in the analytics process of companies.

I also see a risk with a technocratic viewpoint of intelligence, thinking that business intelligence, data warehousing, artificial intelligence and other tech stuff will be the single solution. Digitalization is one part of the equation, but not the only one. People and processes will still be the most important parts to which AI, BI and digitalization will contribute.

I wish that for every 20 BI data analysts companies hire, they would at least hire one person working with scenario analysis, qualitative analysis, trend analysis and figure out how the many formal and informal intelligence processes could contribute.

What do you think differentiates Comintelli and Intelligence2day® from other tools and platforms in CI?

Firstly, Comintelli now has a vast amount of experience in the field of intelligence. With 20 years of credibility and over 77.000 users, Comintelli has worked across industries and with clients all over the world. The experience they have developed is of paramount importance when advising new clients on how to develop intelligence. This goes for the Intelligence2day® platform as well.

Furthermore, Intelligence2day® is a user-friendly, flexible platform with newly developed AI components that automates and speeds up the information collection and structuring parts.

How will the industry change in the coming 5 years and what are the greatest challenges ahead?

I believe that the problem of analytical silos will have to be better addressed and resolved in the near future. Today, there are many analytical activities going on in different places in any organisation without being shared and acknowledged properly.

In the military, this has also been a problem for a long time and they try to resolve it with the concept of information/intelligence fusion. This means that information from various sources and various focuses (human intelligence, signals intelligence, satellite intelligence and open-source information) are shared and that joint-intelligence teams work together to solve important issues.

I believe that companies also need to use the concept of intelligence fusion in order to be able to intelligently use the vast amounts of analytics that is being produced. This fusion includes personal interaction and joint analysis by the different groups of analysts as well as a shared analytics/intelligence platform that contains all analysis.

In addition to that we see new areas be pursued related to the increased use of GIS  analysis (geographical information system) and artificial intelligence. We are only in the beginning of this process and these aspects also need to be integrated into the overarching intelligence process.

Thank you for a great interview Hans, we are looking forward to working closely together and achieving great success. 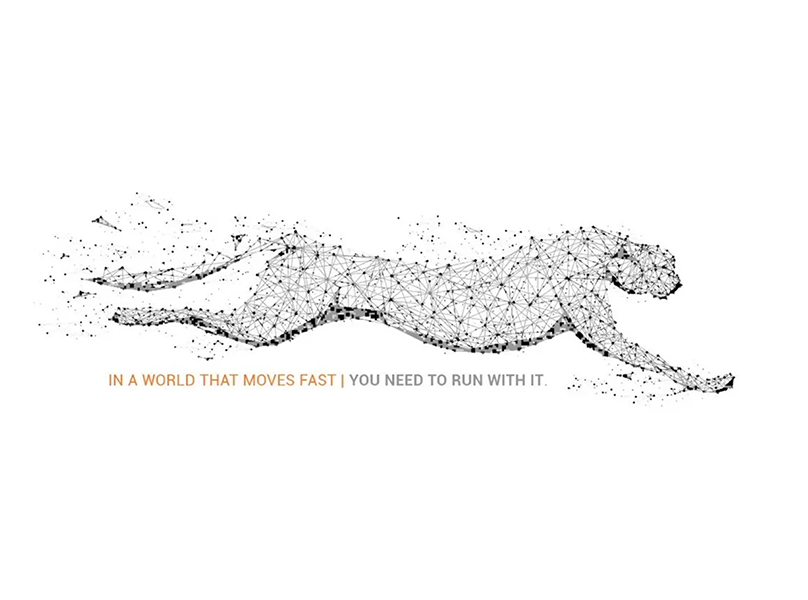 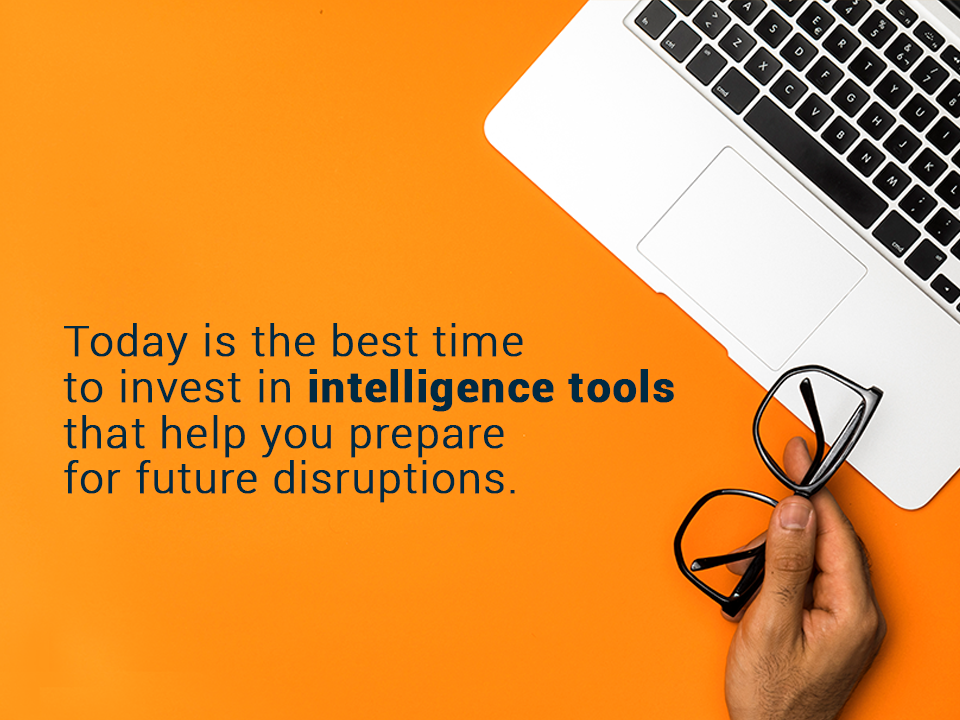 Q & A with Luis Madureira, Managing Partner of Uberbrands